Blog  Hashtags and its Importance in Social Media Marketing

Hashtags and its Importance in Social Media Marketing

Hashtags and its Importance in Social Media Marketing

Today our discussion is about hashtags and its importance in Social Media Marketing. The hashtag is nothing but a kind of label used on social media that helps the users to participate in the conversation or message with a particular theme or content. To create a hashtag, a hash (#) symbol is used in front of a word, acronym, or even phrase without space. Hashtag becomes more popular among social media users as an understanding of hashtag’s usage grew. It is now considered not merely as a collection of characters, but a tool that is used to reach targeted audiences, link like-minded users, and ease the conversation thread in social media. People started searching for everything; therefore, searches take place everywhere. That makes hashtag the most effective way of finding conversation or content related to topics of their interest.

In August 2007, Chris Messina is the one who first used the hashtag in his tweet (whereas the term “Hashtag” derives from Stow Boyd’s Twitter post). His intention of using a hashtag is to gather conversations and exchanges. He feels that even common individuals can also influence the direction of the internet by tagging their posts using hashtags.

Hashtags and its Importance in Social Media Marketing (SMM)

Success in Digital marketing relies on the companies’ ability to promote conversations and engagement through its content that needs to be found by the targeted audience. Companies have started using hashtags to create positive online discussions and, thereby, build loyalty and brand recognition. The hashtag is a noteworthy tool to deliver brand messages for businesses’ online marketing. As hashtags have the power to bring in greater attention for a branded campaign, it takes its strong base in the digital marketing. It is vital in online marketing because hashtags are,

Business gets an opportunity to notify by the massive group that is interested in a particular product or service. Without hashtags, it is not possible to find the relevant group or market easily. It provides great insights into the product, connects your brand with the buyers, and enhances brand loyalty. Social media marketing has taken a tremendous place in promoting business online, and now, hashtags have made it easier.

Hashtag gradually gains support from other social media as Twitter did. Every big social network catches the hashtag craze because of its huge adoption rate.

Common Mistakes to Avoid While Tagging

Sending a post with a hashtag or creating hashtag becomes easier. There are certain unwritten rules and basic etiquette to follow as hashtags have often gone wrong because of certain mistakes.

Following are the common mistakes that need to avoid while creating hashtags:

Hashtags are categorizing content, identifying themes, and tracking a real-time conversation. It spreads its wings everywhere that make the modern marketing strategy adopt hashtag to get visibility. The hashtag is a new way of getting more visibility to your business in the digital marketing.

In a modern era website design and development will be a showcase for business. Internet marketing is a path way for customers to your business. Think Big and Achieve Big! 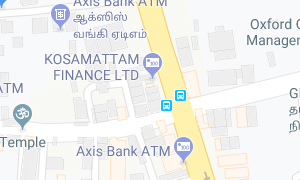 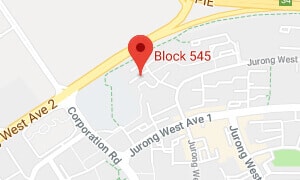